Back in the summer of 2020 we had Les and his wife Cath pop in to discuss an exciting concept with us, Les wanted to have Volkswagen Golf bumpers on his Skoda VRS and to have a Volkswagen style bootlid all of which require a fair amount of custom fabrication. After coming up with a plan of attack we started the task at hand starting with the front bumper. The measure twice cut once method was very much needed in this project , having to cut the Skoda bumper to create a frame and cutting the same kind of frame off the opposite part of the Golf bumper to try and splice the lines and curves together. Once we were happy with how it looked together it was time to temporarily attach it together and chack fit ment before plastic welding the two parts together to create the new single bumper. This kind of work is not for the faint hearted as a serious mistake at this stage would set you back in time and could even render the two bumpers useless needing new ones to start all over again.

Once the two parts became one it would then require some body working to create the right shape and look so it looks almost OEM as Skoda themselves released this, contouring the two seperate parts with sanding and fiberglass then smoothing with body filler and fine grade sand paper ready for primer.

The rear bumper would prove to be the same process just a bit more fettling was required due to the shape of the golf bumper compared to the VRS bumper. 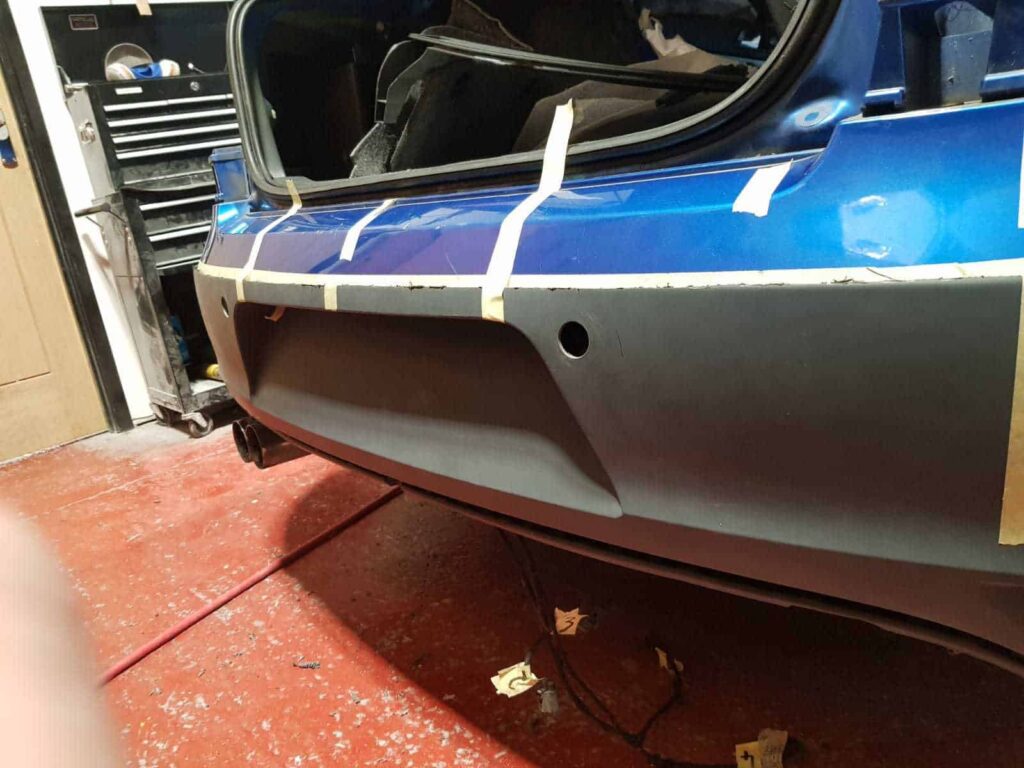 We were also challenged with completely changing the tailgate/bootlid by smoothing and installing the boot handle with that of a VW golf. 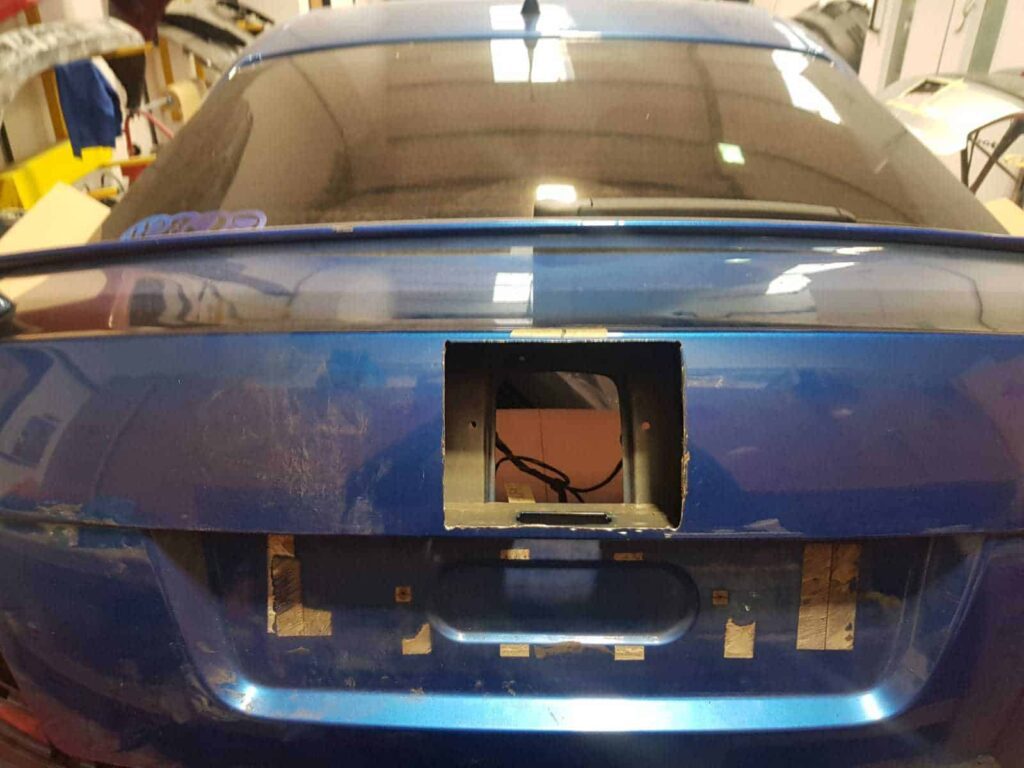 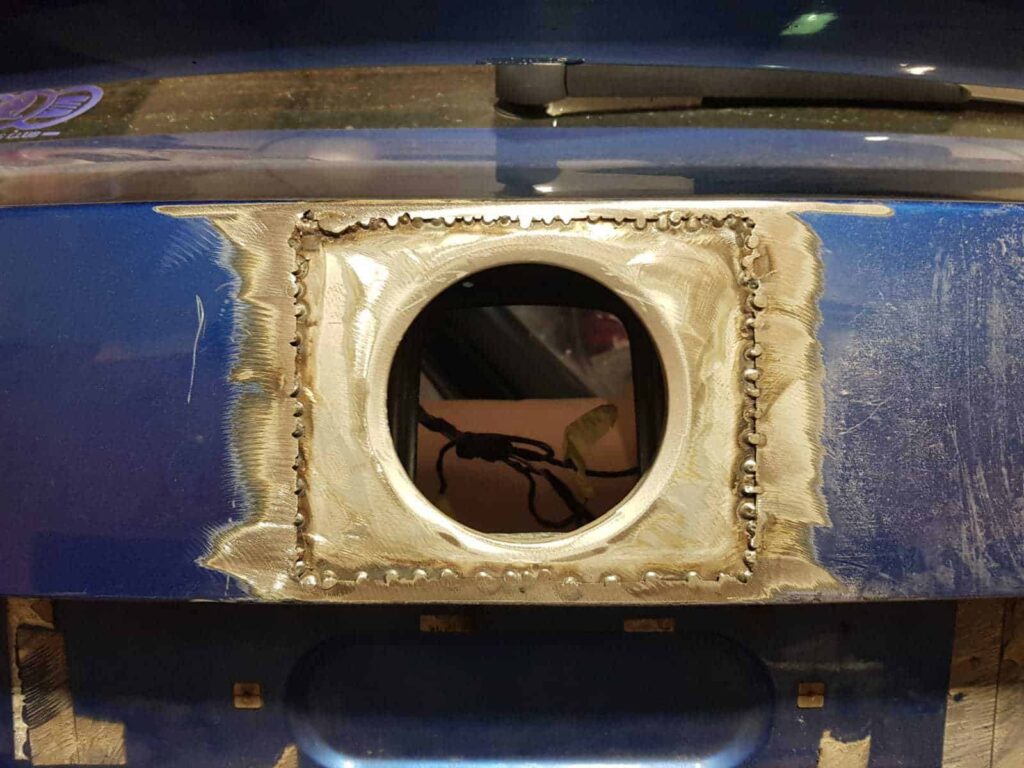 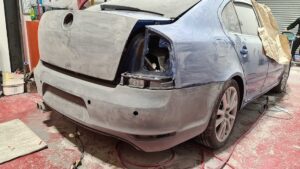